Building solution for animation base

The largest demand of animation base is the building of a large-scale render service platform, to improve the production efficiency of animation design, the producing capability of animation and television, and the scale of rendering. So the main requirements for the construction of the base are:

The system hardware design and the application interface all should be highly integrated. Based on the current requirements of rendering business, they should be qualified and be able to integrate those high qualities post-production non-lined synthesis systems, and manage them in a unified way. These should be able to lower the total ownership cost of the platform to form an complete producing environment.

The typical topological graph of the project is shown below. 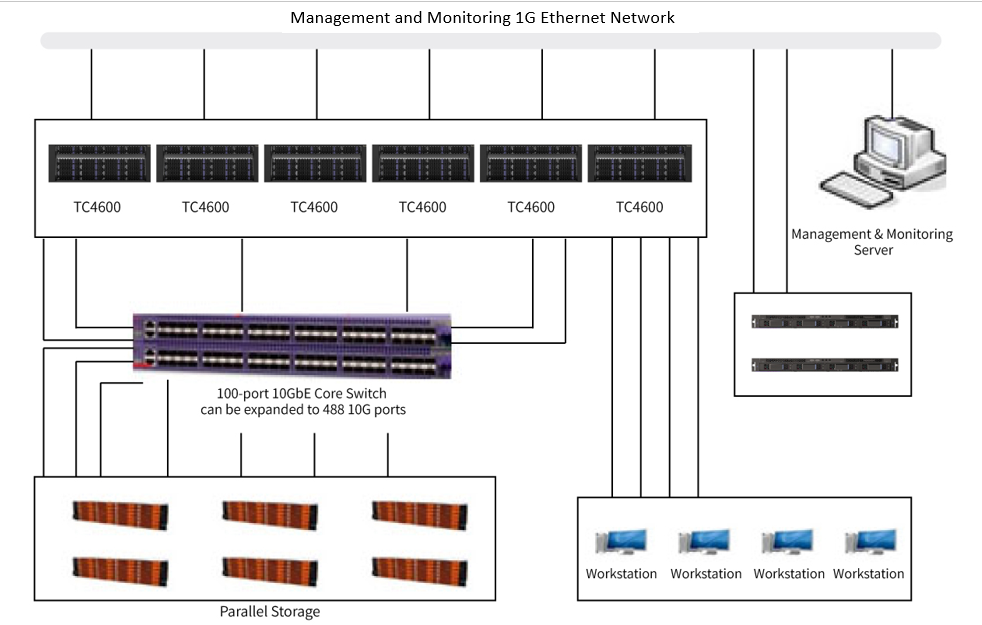